At times mantras meant to encourage us to be more environmentally proactive (like the one on this article’s title) end up doing the exact opposite.

Because at times it seems as if they carry no immediate benefits.

But that should not always be the case.

So how do we draw value out of reducing, reusing and recycling stuff around us?

How do we realize those immediate benefits so to speak?

Perhaps what makes fossil fuels irresistible is the amount of energy they hold per gram.

A litre of diesel might do more work driving a generator than half a day’s worth of sunlight converted to electricity.

The best fossil fuels burn in air producing a combination of carbon dioxide and water vapour.

These are the ‘clean’ fuels such as LPG gas and assorted petroleum products from selected outlets.

But not all fossil fuels burn this way.

Take for instance charcoal, firewood and coal which don’t burn efficiently instead releasing by products of incomplete combustion such as polycyclic aromatic hydrocarbons (PAHs).

Besides incomplete combustion being tantamount to inefficient energy production, PAHs are associated with health complications such as organ damage and cancer.

Therefore it pays to reduce the usage of such ‘dirty’ fossil fuel sources.

So what alternatives are there?

Innovators in the field of LPG gas are leading the way by packaging cooking gas products in miniature gas cyclinders affordable to both the urban and rural poor.

But not only that.

Also, use of ‘cleaner’ fossil fuels such as specially designed briquettes is an area of exploitation by a number of social enterprises.

Our reduction in usage of ‘dirty’ fossil fuels plays a key role in not only reducing respiratory problems but in utilizing efficient energy resources which produce more energy per gram.

When we think of ‘reuse’, several areas come up in mind among which plastics are significant.

Since they are resistant to natural degradation, plastics contribute immensely to the challenge of solid waste we face everyday.

A practice many developing nations are struggling to get rid of.

Burning plastics releases a concoction of airborne pollutants such as dioxins and particulates many of which are associated with respiratory problems, cancer and reproductive health complications.

Reusing plastics is therefore one solution to this ‘burning’ problem.

Besides resusing plastic containers for domestic storage applications, they could be employed in urban farming. 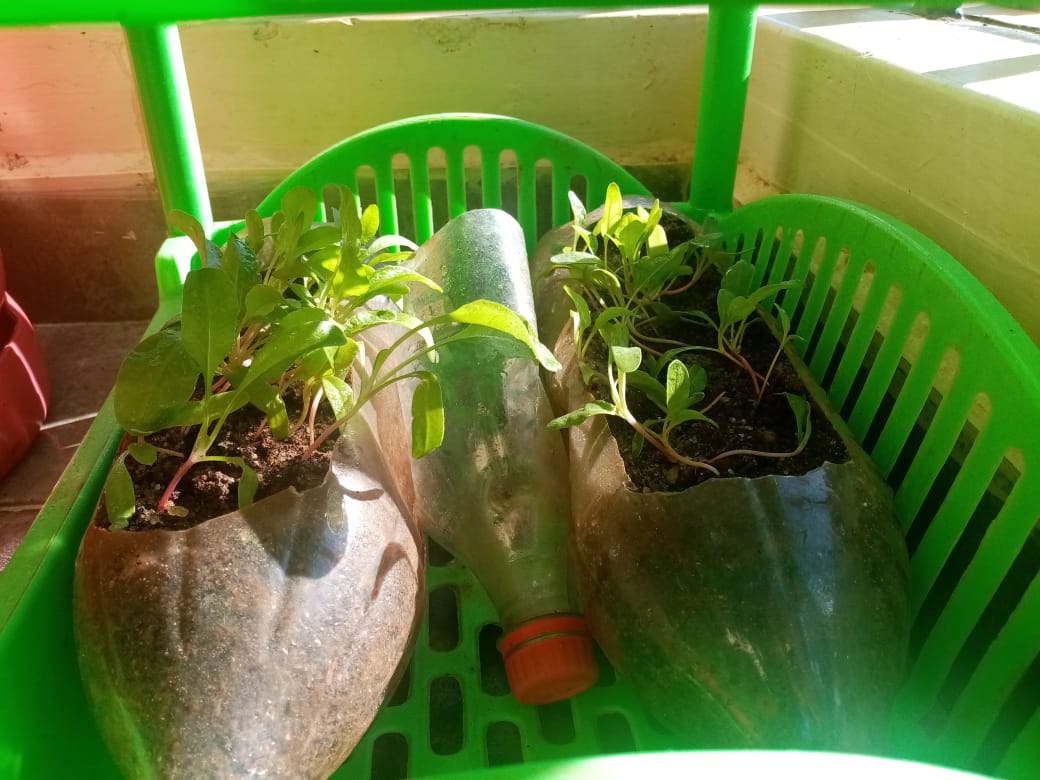 With space being one of the major challenges of urban farming, plastic containers could come in handy.

Needing little space and capable of being hung in different places, plastic containers could be used for cultivation of fast maturing crops such as spinach, carrots and herbs.

Container farming carries several advantages such as easy movement of the plants if in need of sunlight, no need for tilling and cutting down on the food budget costs for the household.

…an incentive all of us would smile upon.

When we think ‘recycling’, what comes to mind?

It doesn’t need to be a complex affair.

Infact our kitchens should give us a hint or two about recycling.

For most of us, vegetable and foodwastes belong to the rubbish dump.

But to a recycler, kitchen waste is a resource in waiting.

These are different from carbon rich ‘browns’…

Somewhat equal ratios of ‘greens’ and ‘browns’ mixed together in a container or a bag, well aerated and moistened will over time give rise to compost…

…a soil amendment useful for agriculture.

Composting is perhaps one of the most underestimated recycled waste products giving us almost an immediate benefit through the food we eat.

Now picture a household using affordable ‘clean’ energy such as a miniatire LPG gas to cook food which they harvest from their container garden grown using compost from kitchen scraps!

They are not only benefiting from low cost food production but are deliberately improving our air in more ways than we could imagine.

Take it as a challenge and start somewhere.

PRAYERS ARE NOT IN VAIN…